skip to main | skip to sidebar

I'm not much of a one for caravaning...although I did enjoy my armchair travels with the Moerks very much! 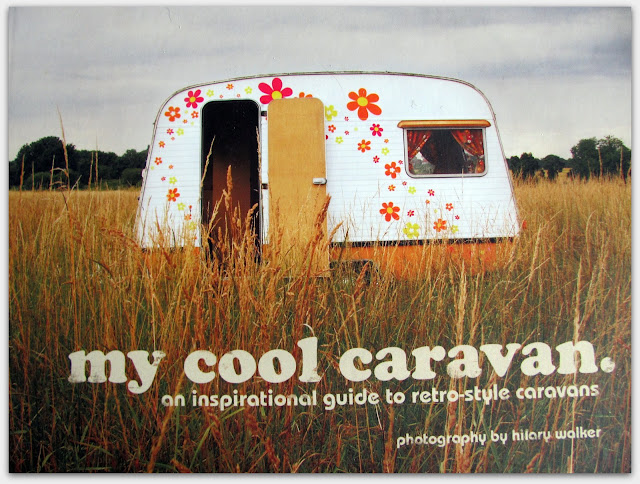 My friend Terry (husband to the chandelier fairy) got this book for his birthday last month (actually it was August but let's not quibble) and was kind enough to let me have a borrow...it is aptly named! Caravans that are cool on the inside... 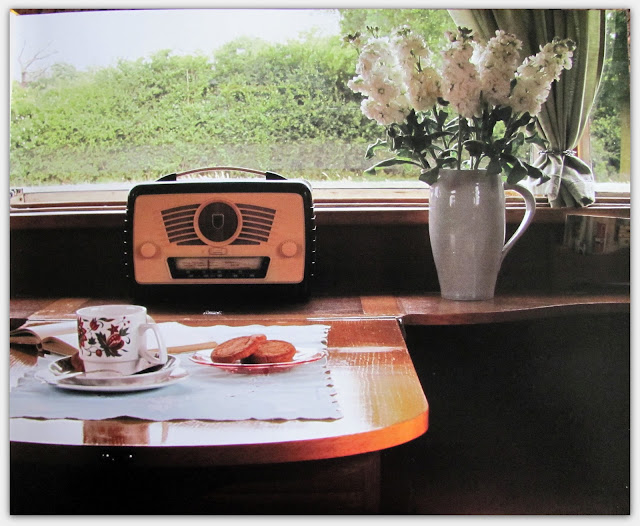 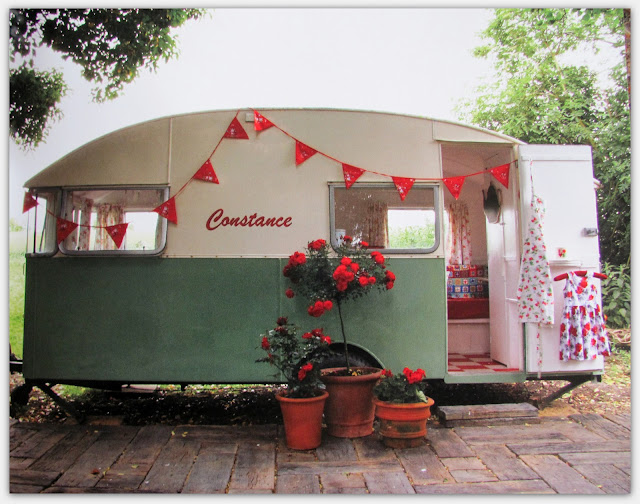 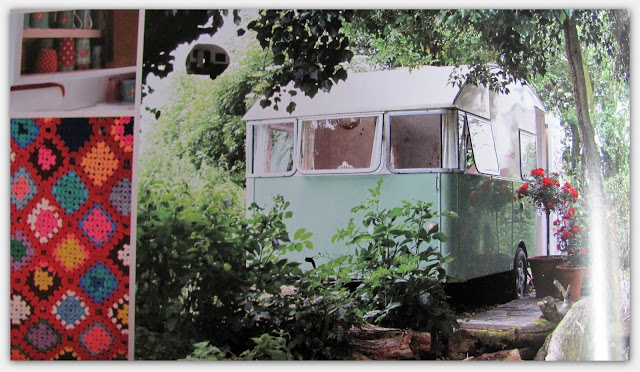 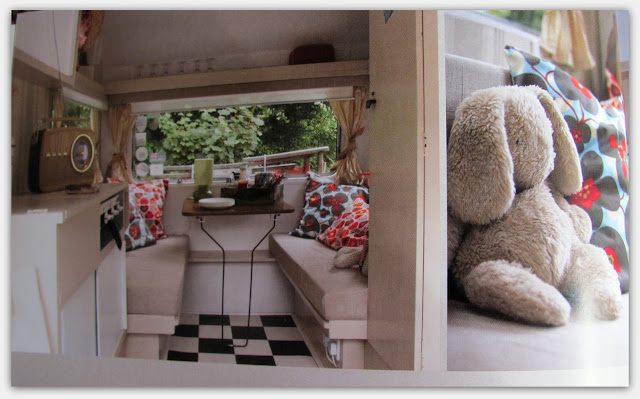 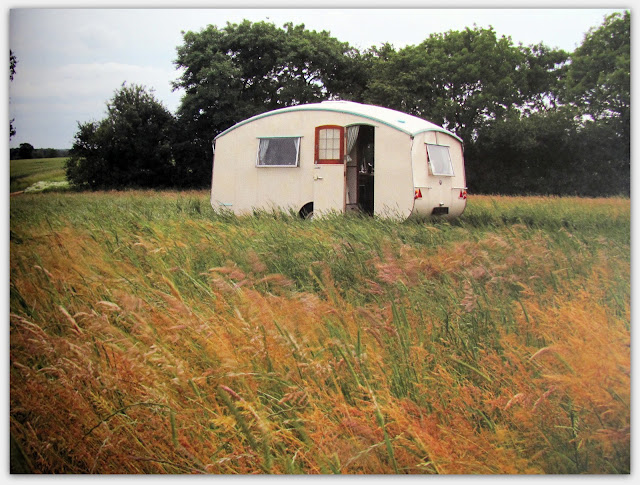 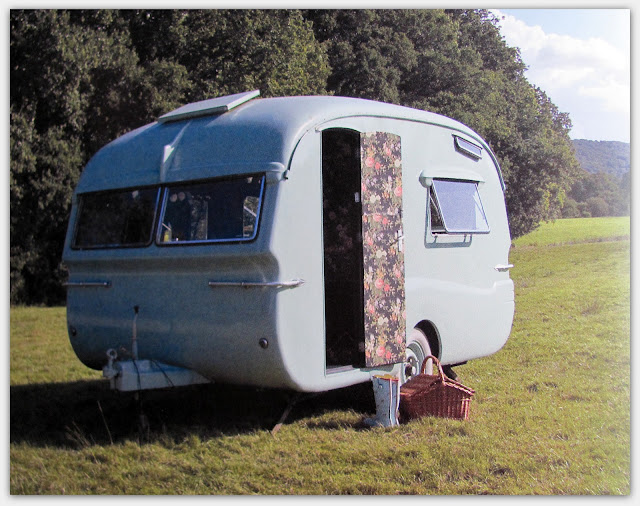 This is a Ralph Lauren wallpaper and a caravan chandelier...a carandelier perhaps?? 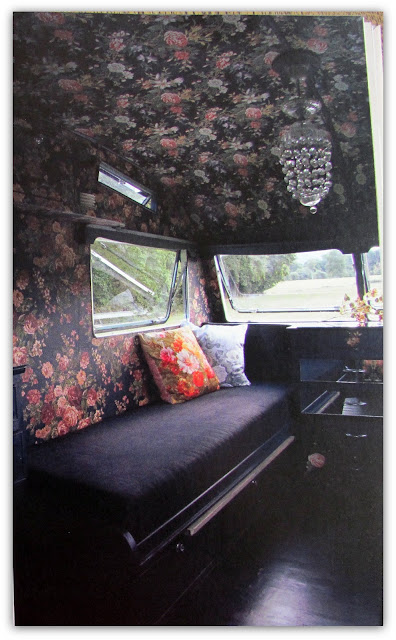 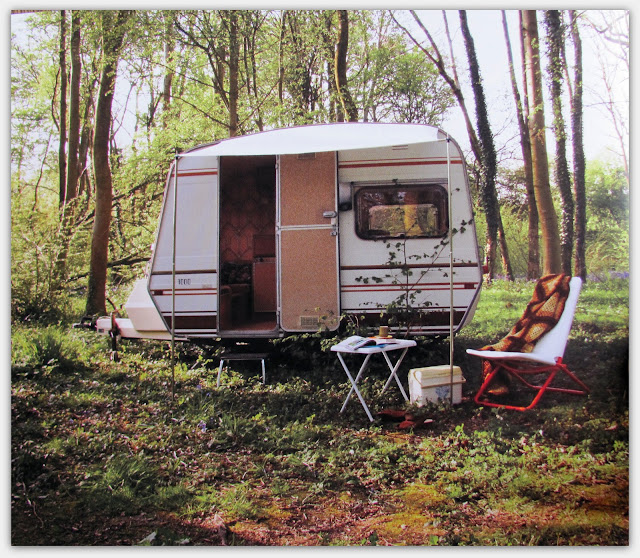 This is Mr Smith's caravan. Mr Smith? I think not with that shagadelic interior! 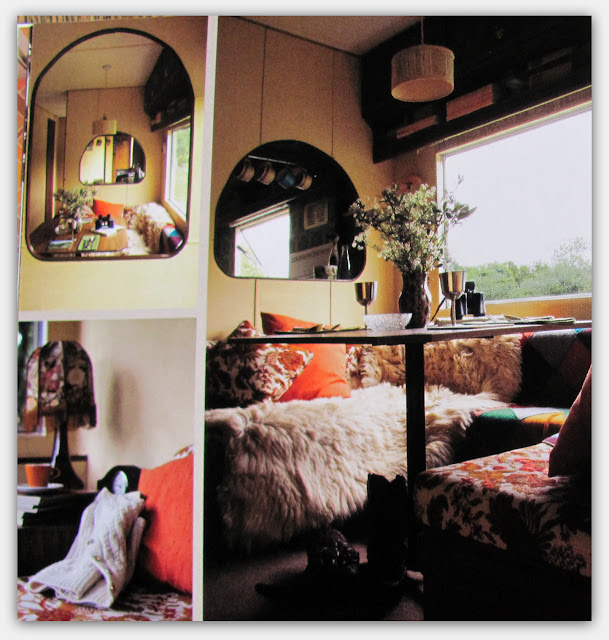 And this may be familiar to you...Roald Dahl's gypsy wagon that inspired his story Danny the Champion of the World... 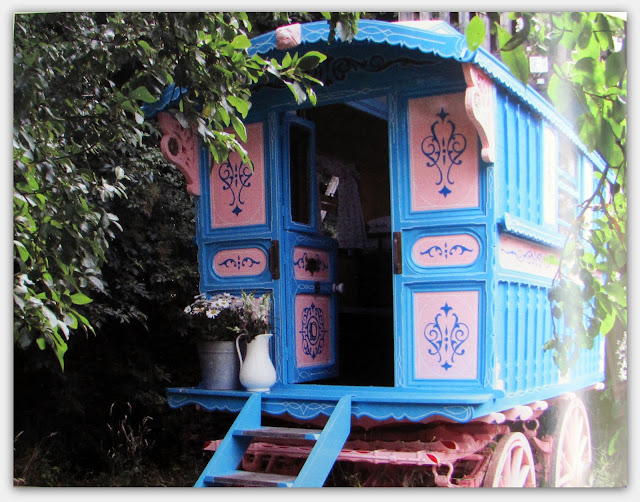 I'm quite taken with this newly built shepherd's hut... 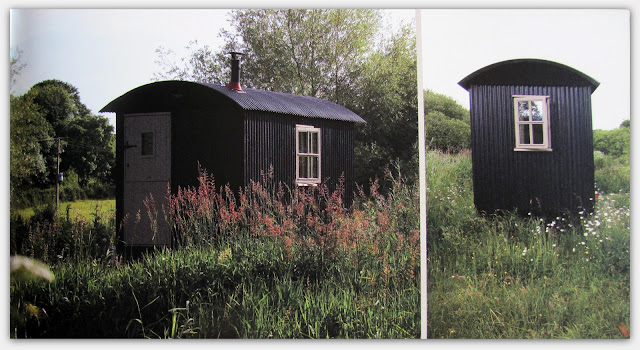 This is a 'canned ham' caravan for obvious reasons. Not sure about its inhabitants. 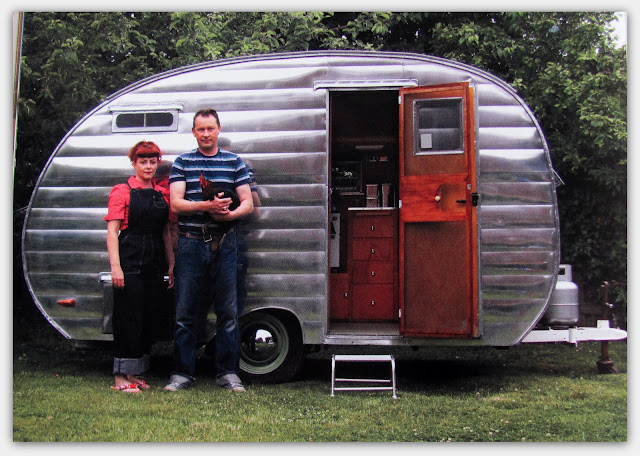 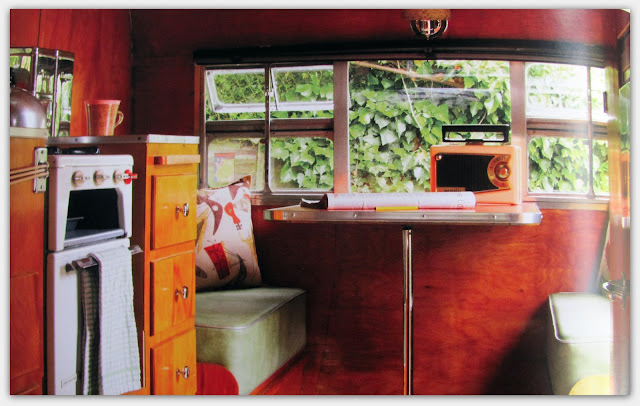 And of course I had to include an Aussie...although I'm a bit disappointed in its lack of panache. Southern Cross is good though. 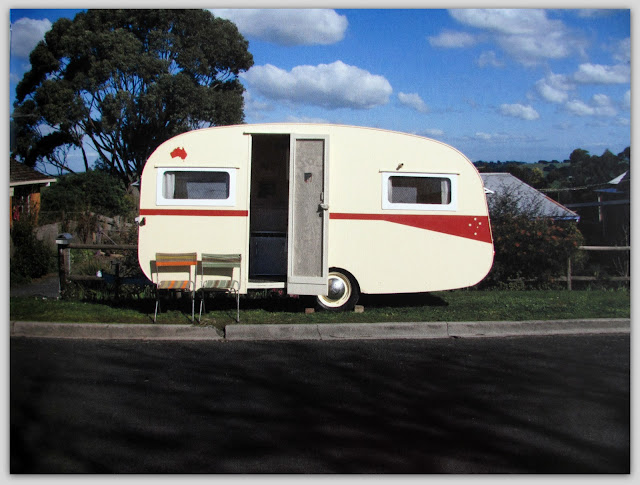 This is called a teardrop...4 foot wide and high and 8 foot long. Sleeps 2 apparently. Cosy. 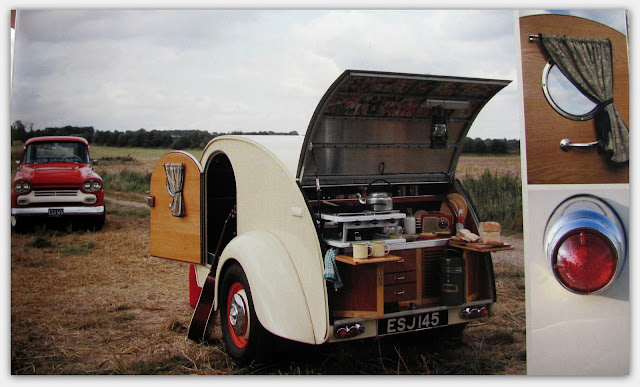 Guess who owned this next one? The castle might be a giveaway. Prince Charles and Princess Anne when they were kiddlywinks. A play caravan...just what every (royal) kid needs. 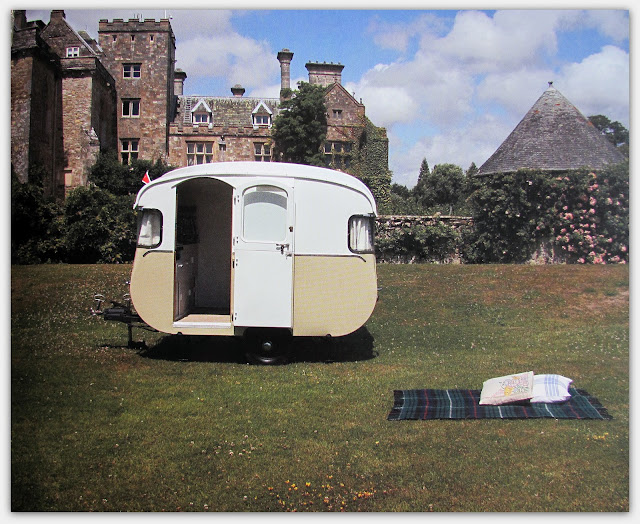 A nicely padded headboard in a caravan called Daisy. Of course. 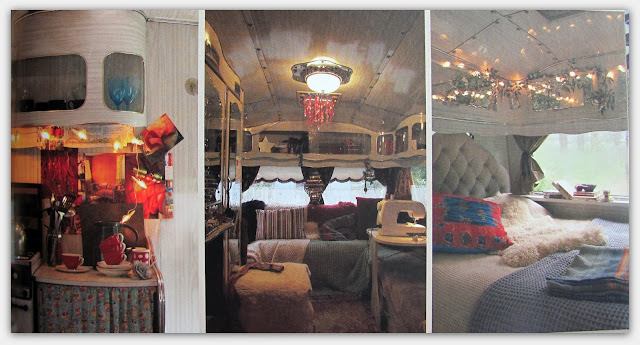 But this is my favourite. Cheerful, even though it comes with a cat that looks a lot like the vampire slayer (not shown). 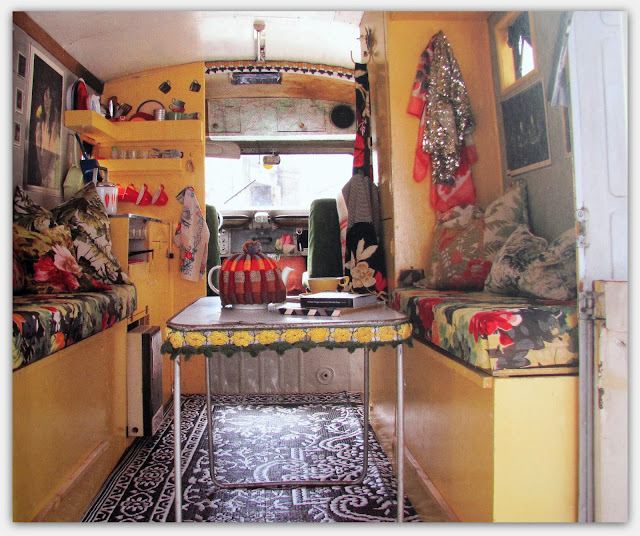 Almost enough to convince me to consider caravaning. I said almost.
Sorry about the photos...taken in the fading Canberra light. Daylight saving? Spring? Ha...get a wriggle on good weather! Please and thank you.

I love it when you comment...I feel excited, chuffed and tranquil all at the same time! Thank you.

Kerry
Canberra, Australia
Hi there. I'm Kerry. I used to have a blog called A Tranquil Townhouse. I loved it and it was fun while it lasted. But now...now I'm immersed in photography. I'm following my intention to become a photographic artist. I'd love it if you'd join me. www.kjmartinphotography.com

IF YOU WANT TO LOOK FOR SOMETHING... 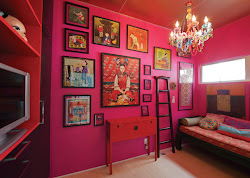 ...the ones I liked best 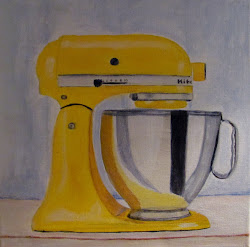 trying my hand at a few things...